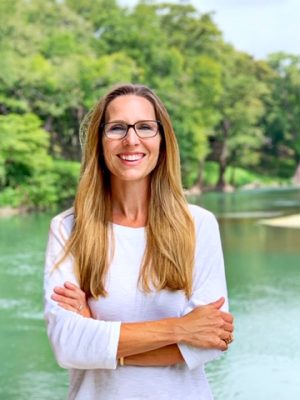 Virginia was long-time member of SMRF and served as vice president on the SMRF board, prior to becoming Executive Director. This makes her uniquely familiar with the role and expectations of our organization, and knowledgeable about the many issues facing the river. She holds a degree from Texas A&M in biomedical science and began her environmental career volunteering with Bat Conservation International at Bracken Cave. After the massive floods of 2015, Virginia helped organize and create the BR3T to deal with long term disaster relief. She currently serves on their board and has helped craft their mission going forward as our communities continue to rebuild while preparing for the next flood event.   Virginia has participated as a stakeholder on the Texas Parks & Wildlife 2016 Task Force that attempted to deal with recreational tubing on the lower parts of the San Marcos and comes with extensive experience in sales and real estate and will be able to transfer this knowledge to the River Foundation’s land conservation program designed to protect our critical recharge zones and greenspaces. In addition, Virginia is an avid paddler and has participated in (and finished)  8 Texas Water Safaris and holds four records for Female Time and Placement.