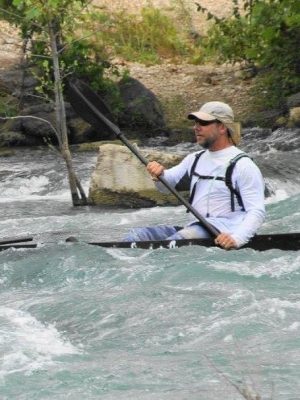 Patrick Stroka grew up in Odessa, but realized he’d found a new home when he visited friends at Texas State University and saw the San Marcos River.  An avid paddler, Stroka has participated in the Texas Water Safari seven times. His love of paddling inspired his interest in water-related issues and has been a member of the San Marcos River Rangers performing water quality monitoring since 1997.  Stroka was first elected to the EAA board in 2008 and re-elected in 2012 and 2016. He served on the executive committee and chaired the Aquifer Management and Planning committee. During his tenure, he was a strong proponent of the Abandoned Well Protection Program, advocating for funding to cap abandoned wells to prevent contamination of the Edwards Aquifer. He was also was the driving force to ban coal tar based sealant over sensitive portions of the recharge zone for the Edwards Aquifer.  Stroka has a B.S from Texas State University and has been employed with the Texas Department of Health and Human Services, Disability Determination Service since 1997.